The Coolness of the MCU

Why should you (as a mathematician, statistician or data scientist) care about the Marvel Cinematic Universe? 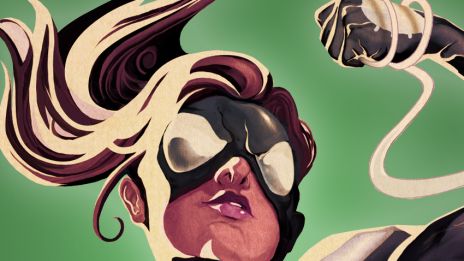 This is a blog about data science and superheroes. I think there is some serious data science hidden in the pages of comics, and that’s what we’re here to discuss. Hacking and domain knowledge without mathematics is Drew’s Danger Zone.

I’ve read and watched superhero comics and movies for years, so I have just a little domain expertise. I’m going to do some coding here – mostly in Julia – you can decide if it counts as hacking skills.

The third crucial part is the math component, which leads to my title: aleph zero is (mathematically speaking) the cardinality of the set of natural numbers, which is a pretty mathsy way of saying “infinity”. So the name, aleph-zero-heroes, loosely translates as infinite heroes, a named inspired by my first topic, the Marvel Cinematic Universe (MCU) and its six infinity gems. And the symbol we use for infinite cardinalities is the Hebrew letter aleph, so aleph-zero is written \(\displaystyle \aleph_0.\)

Why superheroes? I’ll give some more background in the “about page” of the blog, but broadly speaking, stories, legends, myths, and fictions form a key part of the human experience, and so understanding these better will never be wasted time. The Marvel Universe is particularly interesting because of it vast scope.

In honour of the six infinity gems, I plan to get started with some pieces about Marvel’s Cinematic Universe (a tiny fraction of all that Marvel have published). The authors of this cinematic franchise have wrought something remarkable both in the superhero genre, and movies in general. And whether its underlying structure was unconscious or deliberate, it’s also mathematically interesting. Or maybe it is so successful because it is mathematically interesting.

First the basics: the core of the MCU is the the series of 20 movies (as of Feb 2019), starting with Iron Man in 2008, and ending in The Avengers: Infinity War. There are more movies planned for the immediate future though. The full list is given below. If you’re a fan you probably don’t need me to tell you the list, but I will discuss the code for extracting this info from OMDb in my next post, and provide the data there for those who want it. And you can look up details of their financial success of the movies at Box Office History for Marvel Cinematic Universe Movies.

The movies are already the most successful movie franchise ever. They have almost grossed more than the two next most successful franchises (Harry Potter and Star Wars) combined. the only other franchise with more films is James Bond, which has 26 movies (and comes 4th in the revenue list), but they have been making Bond movies since 1962, and the MCU dates only from 2008. The rate of production of movies in the MCU has been more than five times that of the Bond series. And three more movies will be released this year, followed by (most likely) another three in 2020 so Bond won’t keep his spot for long. The franchise has been so successful that I expect there will be another decade at least to come, so maybe another 30 movies. Can you imagine a movie franchise of 50 movies?

So the MCU is successful, who cares? Why look at what are often considered just escapist ephemera? I talk about this in more detail in this blog’s “about page”, but to summarise: it is cogently argued in Harari’s book Sapiens that the modern Home Sapiens is set apart from our cousins by the ability to tell stories. Stories, myths, legends, narratives, or fictions – whatever names you use – allow us to build social constructs larger than Dunbar’s number (around 150). Stories allow us to change and adapt as a species more quickly than our genes possible could. Stories let us plan ahead, and consider hypothetical situations – fictions.

Stories have made us the dominant species on the planet in the blink of an eye (on evolutionary time scales). So, to follow the reasoning further, it is not just the cleverness, or intellectual value of a story that it important, but also its reach. Popular fiction, often ignored by serious academics, is vastly more important than serious thinkers would have you believe. And what is the most popular fiction on the planet at this point? Well, we could argue that the MCU fits that bill.

The MCU also extends far beyond this set of movies to a truly amazing set of media including:

The MCU involves countless (aleph-one for those who care) writers and artists, all connecting into one universe of interconnected plot lines.

And this doesn’t even include other Marvel movies and content, e.g., the X-Men series, and the series of previous Spider-Man movies, both notable successes in their own right.

The MCU is remarkable both for its scope, but also because despite obsessive attention from dedicated fans, there are relatively few consistency gaffs3, though there are a few:

Plus a few more. But I can’t imagine doing better myself.

There is also a vast literature written about the MCU by journalists, fans and even academics, up to an including one university course at the University of Baltimore. I’ve read a lot, but definitely not everything. Here’s a quick list of links to other people’s analysis of the MCU and comics in general.

Why JUST the MCU?

There is no need to tell me that the picture at the start of this article – Spider-Girl – doesn’t come from the MCU, but from the larger Marvel Universe. Given the number of commentaries on gender bias in comics and the MCU, maybe there should be a Spider-Girl movie. I’d definitely watch it.

Regardless, I’m going to start with the MCU. And what’s more, I’m looking at the movies (the “cinematic” part of the universe). I’d like to look at more, but there is so much stuff out there that even cataloguing it isn’t easy. And as part of this work I’m going to have to sit down and watch everything again. Not that I mind that, but the current movies alone represent more than 44 hours of viewing. If I tried to add in, even just Agents of SHIELD I wouldn’t have time to sleep. (That’s a joke. Who has time to sleep anymore?) But maybe we can make some side-trips, for a good cause later on.

I guess that isn’t a good enough excuse though, and I will look at the whole corpus of Marvel or DC or something else at some point, but the MCU is appealing scientifically because it avoids some of the problems of the wider ‘verse, for instance:

All of these issues are (so far) mostly absent from the MCU. Not that it is trivial to analyse the MCU, even so.

So that’s the quick version of what I want to do with this blog, and why I think the MCU is an interesting starting point. No maths today. More later, though I am not planning to dump anything too hard on you.

Next week, I plan to work on a timeline of the MCU, but with a twist, so stay tuned.